The gain in home sales looks promising for the spring buying season. A spring rebound may be in play due to an improved job market as well as low mortgage rates. 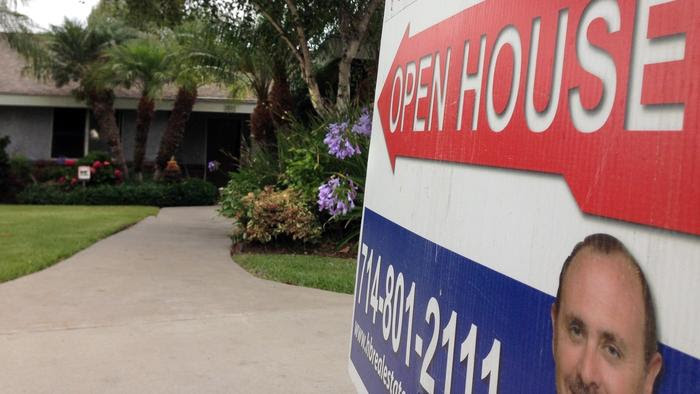 Pending home sales rose more than expected in February, a trade group said, a sign the housing market may be in for a spring rebound.

Signed contracts for previously owned homes climbed 3.1% from January to the highest level since June 2013, the National Assn. of Realtors reported Monday.

The February increase is a positive sign ahead of the typically busy spring selling season. Pending sales reflect signed contracts, and they usually become final within one or two months.

Prospective buyers are being lured into the market by an improved job market and low mortgage rates, said Lawrence Yun, the Realtors' chief economist.

“These factors bode well for the prospect of an uptick in sales in coming months,” he said.
Pending deals fell in the Northeast and the South, but climbed 11.6% in the Midwest and 6.6% in the West.

For the month of February, in Los Angeles county the median housing prices increased 9.2% to $465,000 while sales fell 2.5%. The year is off to a slow start but we will see what happens as spring and summer seasons arrive as that's when the market typically picks up momentum if inventory increases. 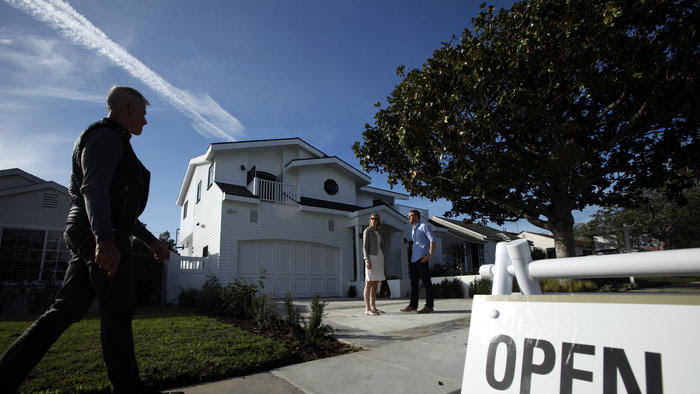 Spring has not sprung yet in Southern California's housing market. Home prices in the six-county Southland in February stayed about the same as they have been for nine months, while sales volume drooped compared to this time last year. That's according to new figures out Tuesday from CoreLogic DataQuick.

The San Diego-based housing data firm reports that the median price of homes sold in the region was $415,000 in the month, up 8.4% from February 2014 but roughly in line with where they've been since May 2014.

The number of sales fell 2.7% compared to last February, the 15th time in 17 months they have declined on a year-over-year basis.

January and February are typically slow times in the housing market here. The next few months will tell the story of whether the region's housing market will pick up speed or continue the slow-but-steady pace it's been on for about a year and a half now, said CoreLogic analyst Andrew LePage.

"This feels a lot like early 2014, with home sales off to a slow start as many would-be home buyers struggle with inventory constraints, credit hurdles and reduced affordability," he said. "And just like a year ago, one of the big questions hanging over the market is whether we'll see a sizable jump in inventory this spring and summer."

There are some good signs on the inventory front. On Monday, the California Assn. of Realtors reported 5.8 months worth of homes unsold on the market in Southern California, just shy of the six months that economists consider "normal" supply. In Riverside County, there are seven months of inventory available.

Rates continue to stay low and fall due to a downward revision of economic growth figures along with a decline in consumer prices.  Also there is an increase in mortgage credit availability. Freddie Mac will begin backing mortgages with just 3% down this month. This will help with home price affordability for home buyers. There is cheap money out there for those that can qualify for it. 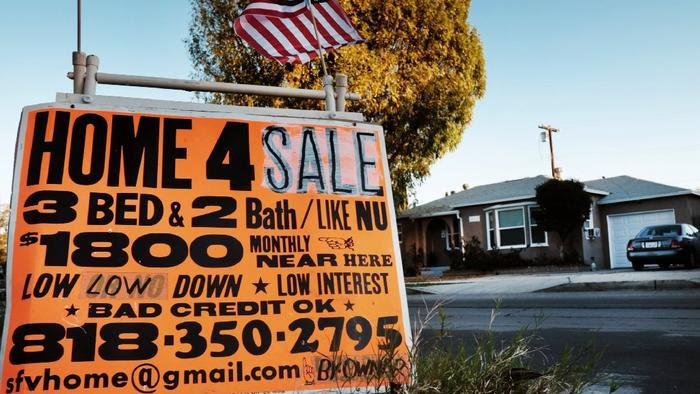 Long-term mortgage rates fell this week, making it less expensive to buy a home. Above, a Los Angeles house up for sale in January. (Richard Vogel / Associated Press)

Mortgage interest rates fell for the first time in four weeks, with Freddie Mac's survey showing lenders offering conventional 30-year fixed-rate loans at an average of 3.75%, down from 3.8% a week ago.

The 15-year fixed-rate home loan, a way to build equity and pay off debt faster, was averaging 3.03% compared to 3.07%, according to the survey, released Thursday.

A downward revision of fourth-quarter economic growth figures and a decline in consumer prices contributed to the easing of rates, said Len Kiefer, the deputy chief economist at Freddie Mac.
Rates for fixed 30-year loans have remained below 4% since late November, remarkably low by historical standards. They are now at levels last seen in May 2013, Freddie Mac said.

However, high prices and tight supplies in many housing markets have offset the benefits of cheap money for those who can qualify for loans.


Nationally, sales of previously owned homes fell in January to their lowest level in nine months and sales of new homes have plateaued. Southern California had a slow start to the year, with sales dropping and prices flat.

In a more upbeat report, a trade group said Thursday that mortgage credit availability increased slightly in February.
A Mortgage Bankers Assn. index was at 118.6, compared with a baseline of 100 in March 2012, when lending standards were drum-tight. The number rises when credit loosens.

The MBA’s chief economist, Michael Fratantoni, attributed the latest easing to increased availability of jumbo mortgages and of Fannie Mae-backed loans requiring down payments of only 3%.

Freddie Mac is to begin backing mortgages with just 3% down this month, Fratantoni noted.

Freddie Mac asks lenders each Monday through Wednesday about the terms they are offering on mortgages of up to $417,000 that can be backed by Freddie and Fannie, the finance giants that jointly guarantee about 60% of U.S. home loans.

The borrowers in Freddie Mac’s survey are assumed to have 20% down payments and to pay about half of 1% of the loan amount in upfront lender fees and discount points. Payments for such services as appraisals and title insurance are not included.

The survey provides a consistent gauge of mortgage trends, but actual rates adjust constantly and are influenced by many factors.

In addition to borrowers’ credit histories and debt loads, the factors include whether the borrowers opt for zero-cost loans at higher rates or pay extra to lenders initially to lower the rates.

Posted by Sandra.Lew at 1:07 PM No comments: