Median home prices have climbed 2.4% from February to $425,000. Compared to a year ago home prices have climbed 6.3% which is a much slower pace than the previous year of 15.8 % in March 2014. That is good news as shows the housing market is stabilizing. The slowing appreciation is more realistic of a normal market and while boosting equity for homeowners also gives those who who want to buy a more realistic opportunity to do so. 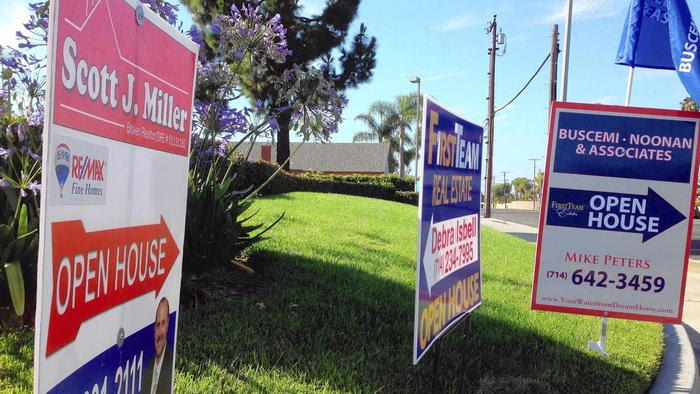 That’s according to numbers out Thursday from real estate firm CoreLogic that show home sales jumped 11.1% in March from a year earlier -- the first gain in three months.

Prices were up too, after remaining essentially flat for nearly a year.

With few homes on the market and more families searching for a house during the typically busy spring season, the median price climbed 2.4% from February to $425,000.

Economists have said slowing price appreciation should give more families a chance to purchase a home as the economy strengthens, while still boosting equity for existing home owners.

Posted by Sandra.Lew at 2:17 PM No comments:

Snapchat is another new successful tech start-up which in only two years has grown to 200 employees in the Silicon Beach area. This is one of the great examples of small companies turning into large corporations and changing the city scape of Venice and surrounding areas to continue attracting the well heeled techies who've made Venice even more expensive to live and do business. 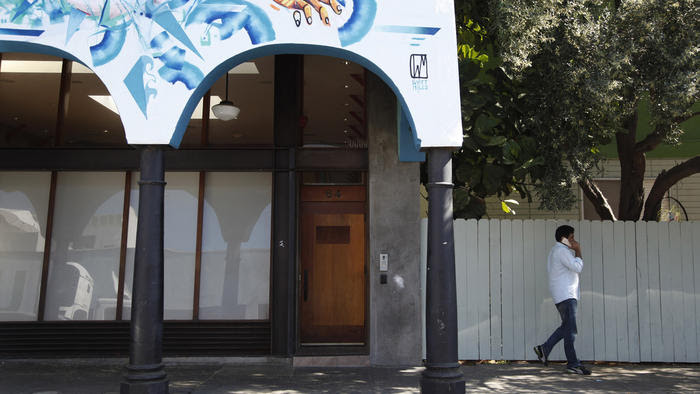 By Paresh Dave - March 31, 2015
Snapchat first set up in Los Angeles in a funky old bungalow on Venice Beach, a little start-up with only 14 employees. Two years later, the messaging app is rich, famous and expanding fast.

The company is still in Venice, but with 200 employees it has far outgrown its cozy house on the beach. It's about to nearly double its footprint in Venice with a lease for 40,000 square feet in several buildings at Venice and Abbot Kinney boulevards, according to real estate experts and property records.
------------
FOR THE RECORD:
Snapchat expansion: In the March 31 Section A, an article about the expansion of tech company Snapchat in Venice Beach said that Google was moving its operation from Venice to Playa Vista. Some employees will remain in Venice. In addition, the article misspelled Venice resident Jack Hoffmann's name as Hoffman.
------------

Some residents say the tech company's rapid expansion will alter the character of Venice, a longtime enclave for poets, artists, musicians, roller skaters, beach freaks and unclassifiable eccentrics. They gripe about a continuing influx of well-heeled techies who've made Venice a more expensive place to live and do business.

As "Silicon Beach" expands, it's bound to transform the laid-back environment that has attracted dozens of start-ups. Snapchat, the most famous — and highest-valued — start-up in Los Angeles, serves as a lightning rod for foes of gentrification.

"The clock can't be turned back after Venice is built out to support large corporations and not small businesses," said James Briggs, chief executive of Briabe Mobile Inc., a mobile marketing company and tenant at the Abbot Kinney complex since 2007.

The frictions caused by tech industry gentrification are not new. Similar dramas are playing out in San Francisco and other old-line communities disrupted by Silicon Valley companies. Luxurious private buses filled with tech workers have become a vivid metaphor for the widening wealth gap in San Francisco.

Snapchat Chief Executive Evan Spiegel, who grew up in Los Angeles and attended Stanford University, said he chose Southern California to escape both corporate and Silicon Valley culture. Walks on the beach helped Spiegel and his business partner Bobby Murphy dream up new features for the app.

If it continues to expand in Venice, though, it will have to grow horizontally. And growth for Snapchat, with a reputed value of $15 billion, a growing list of features, and millions of users around the world, appears inevitable.